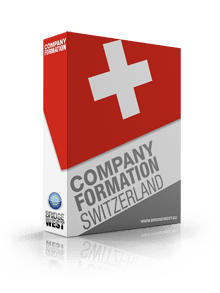 Open a Foundation in Switzerland

The foundation is a legal concept that has been present on the Swiss market since the 14th century (taking the form of a charitable organization); however, the modern concept of a Swiss foundation is prescribed under the Civil Code of Switzerland. The Swiss foundation is generally used for a defined goal, which can be related to philanthropy or for a specific social goal.
Since the foundation is not registered for developing commercial purposes, it has to comply with different regulations than the ones available for commercial vehicles. Our team of specialists in company formation in Switzerland can provide in-depth information on how to set up a Swiss foundation and can also assist in drafting its incorporation documents.

Associations and foundations in Switzerland

According to the Swiss Civil Code, there are two non-corporate legal entities that can be registered in Switzerland:
As they as used for various purposes than commercial ones, they are not required to register with the Swiss Companies House, however, they must enroll with the Federal Supervisory Authority of Foundations.
It is possible to set up foundations and associations in any Swiss canton and our specialists can help in this regard.

Legislation related to the creation of Swiss foundations

It should be noted that Switzerland does not have the concept of charity when it comes to the creation of a foundation, however, the concept of public utility is often used.
The Civil Code is the main source of law under which the creation of foundations and associations is provided for in Switzerland. Articles 80 to 89 provide for the establishment of foundations, while Articles 60 to 79 cover the settlement of associations.
These entities also fall under the jurisdiction of the Federal Direct Tax Law.
If you decide to open a foundation, our company registration agents in Switzerland can offer more information on the legislation concerning it.

What are the registration requirements for a Swiss foundation?

Any legal entity that is created in Switzerland has to be founded based on a statutory document. In the case of a Swiss foundation, the main statutory document is the authenticated deed, which can be signed in front of a public notary. When signing the statutory document, it is necessary to decide on the foundation’s goals, as they have to be clearly stipulated in this document. The following will apply:

What types of foundations can one register in Switzerland?

How to create a Swiss foundation

From a legal point of view, a foundation is an autonomous entity that pools assets for one or more specific purposes that must be written in its charter. The entity will have a legal personality and can be created by natural persons or companies from Switzerland or any other country. In order to create a foundation in Switzerland, a minimum contribution of 50,000 CHF is required.
Just like Swiss companies, foundations can have boards that decide on matters related to their activities. When created for commercial purposes, these must be registered with the Trade Register in Switzerland.  Even if there is no legal requirement related to the minimum number of board members in a foundation, the Civil Code usually provides for at least 3 members to be appointed.
When created with the purpose of operating solely in Switzerland, the activities of foundations are supervised by the Supervisory Authority of Foundations or to the cantonal authority. When these serve international scopes, they fall under the governance of the Federal Supervisory Authority of Foundations in Bern.
The main difference between a Swiss foundation and association resides in the fact that the latter is made of members. It is required for an association to have at least 2 members for it to be created.
Our Swiss company formation advisors can offer more information on the creation of foundations and associations.

The first step in the creation of a foundation in Switzerland is drafting its charter which must comprise:
The charter must be approved by the founder followed by obtaining the approval of the federal or cantonal Supervisory Authority of Foundations depending on where the foundation has its seat.
Considering that in Switzerland foundations benefit from a special tax regime which implies an exemption from the income tax, it is advisable to file an application for a preliminary tax exemption with the local tax office.
Once these steps are completed, the foundation is created through a deed drafted and authenticated by a public notary. Then, it will be registered with the Companies House and have its bank account set up in order to deposit the initial capital.
You can rely on our company registration representatives in Switzerland for guidance in creating foundations in various cantons.

As mentioned earlier, Swiss foundations are overseen by the Supervisory Authority of Foundations which ensures that:
The authority will also approve any modification of foundations’ charters, as well as adoption of bylaws, mergers, or dissolutions.
With respect to the accounting requirements such entities must respect, it should be noted that they must have their accounts audited by independent auditor in accordance with the Swiss Generally Accepted Accounting Principles (GAAP) or the International Financial Reporting Standards (IFRS).
If you need information or accounting services related to the financial aspects of a foundation, you can rely on the services provided by our accountants in Switzerland.

What are the statistics on Swiss foundations?

It is worth knowing that Switzerland is one of the most attractive markets for setting up a foundation. As a general rule, the Swiss foundations operate in areas such as leisure and culture, these being the most important activities, followed by social services, health, environment, education and research. There are also several Swiss foundations that have a religious purpose. Swiss foundations are characterized by the following:

What are the benefits of a Swiss foundation?

A Swiss foundation is set up with the purpose of aiding a specific type of group. It can be set up with for helping groups of people in need, but it can also be used as way of providing grants to sustain the business environment. Since it is registered with the goal of improving the general condition of the society, this structure benefits from certain tax exemptions.
When opening a company in Switzerland, the commercial legislation stipulates that a business can be registered with 100% foreign ownership. The same is available for a Swiss foundation. The foundation can also qualify for a low tax system – for example, the corporate tax is applied at a rate of 4% in the case of family foundations.
There is a full exemption on the payment of the corporate tax of a foundation, but this is applicable only if the structure is registered as an entity for the public benefit or as a non-profit foundation. Investors can receive more information on the taxation of a Swiss foundation from our specialists; we invite you to contact our team of consultants in company registration in Switzerland for any other inquiry related to this matter.
Request Price
Request Call Back
Free Case Evaluation

Meet us in Zug

Paul Gheorghiu is one of our experienced company formation agents. He will help you register your company in Switzerland as fast as possible. 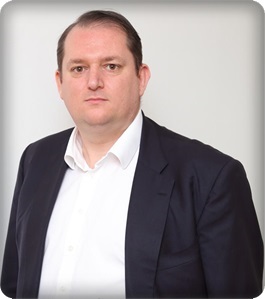 Call us now at  +41 41 266 0070   to set up an appointment with our experts in Zug, Switzerland. As a Sig Fiduciaire client, you will beneficiate from the expertise of our local consultants for opening a company in Switzerland.

- free and complete legal information featured on our site, at your disposal.